The two New Humans performances that punctuated Disassociate (2007), were created in collaboration with poet-artist-architect Vito Acconci and violinist C. Spencer Yeh. This multilayered work responds structurally to Sympathy for the Devil (1968), Jean-Luc Godard’s close-up film documenting the Rolling Stones’ fractious collaborative open studio sessions recorded just prior to the moment when the band’s first leader, Brian Jones, went absent from the group (and drowned shortly thereafter). Using the film as a reference point, Tajima notes, the installation and performances reflected the process of working together, with all of its contradictions, takes, trials, errors, and transparency of production.

Giving visual and aural structure to the serial elements of their collaborative creation, New Humans’ time-based performances culminate, like Godard’s film, in a structure of dissolution: in the collaboration with Yeh, Tajima hurls a stack of 1960s-era Eames chairs into a tower of glass champagne flutes, simultaneously creating an instrument and sound from the obliteration as the glass smashes to the floor, It is this problematizing of expectations and formalisms through destruction and transformations that is the heart of the continuing project. 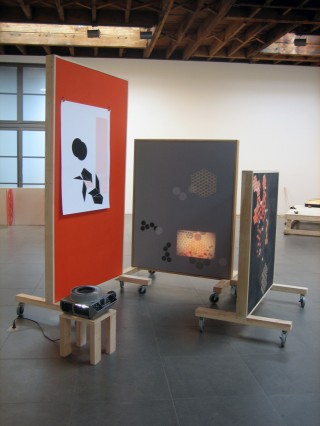 
with print by Jose Leon Cerrillo 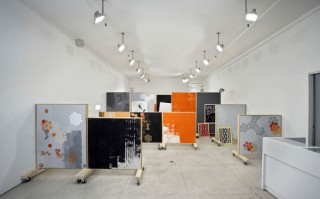 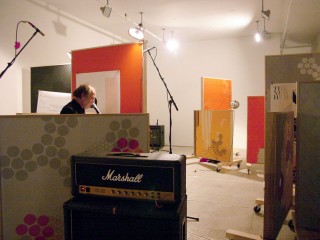 Brian Jones and Everyone Else 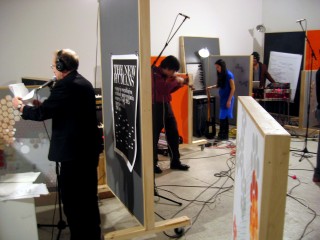