PSYCHO GRAPHICS connects material transformation to the shape of an uncontainable future that exceeds our current bodily and psychic experience of power.  The works on view manifest Tajima’s continued investigation into the production and transmutation of matter, energy, and the human psyche.

The title is a verbal play on the term psychographics, which is a data research method that renders human subjects as political or economic targets by modeling their inner subjective psychology and predicting individual beliefs, attitudes, and values. The rise of such predictive technology in areas such as political, military, and commercial applications underlines how engineered speculations of the future radically shape our perceptions, desires, and decisions.  In this exhibition, the ‘material’ of the psyche is considered and subject to transformation in relation to the material world — from psychic abstraction to language to concrete object to image.

The large-scale animation installation Human Synth (Los Angeles) (2019) uses extractive technology that mines the current sentiment of a population in real time—in this case analyzing affective data from social media in Los Angeles to predict future human expressions. These algorithmic predictions employ natural language processing and sentiment analysis to forecast collective social feelings, which are then made visible in the form, shape, hue, and speed of digital smoke. Human Synth invokes the ancient Mesopotamian practice of capnomancy, a form of divination by reading the movement and shape of ceremonial smoke to envision the future. These pre-modern rituals relied on ‘if-then’ conditional statements that were answered through the medium of incense smoke. For this exhibition, Tajima has also developed custom incense that will be present as a counterpoint to the digital smoke of Human Synth; this incense is sensed but invisible, an ephemeral material foil and linguistic parallel to the visible data-generated smoke.

Pranayama (Monolith, D, shou sugi ban) (2019), a new monolith in the Pranayama series, is made using Japanese shou sugi ban technique originating in the 18th century, which involves methodically charring wood as a way to preserve it against the natural elements. In this sense, the technique essentially protects the life of the wood with fire, the very force that threatens to destroy it. What appears to be the impression of a fugitive human figure marks the surface of the formally structured work. Implying an opposing force to the body, chromed jet nozzles embedded deeply in the blackened wood connote release and the potential for output and flow.

Scaled to the human torso, the work Mirror (2019) consists of mold-blown glass encased in a black rubber solid coating. Tonally and materially, the otherworldly grouping invokes a range of associations including orthotic devices, fetish objects, bodily contortion, and alien forms. The fact that the rubber obscures the transparency of the glass surface also suggests that, in some cases, occlusion can be also in the service of revelation, of exposing a reality, and that some degree of concealment is often necessary for authentic disclosure.

Since antiquity, predictive technology has relied on material transformation to give shape to the future.  During historical periods in Mesopotamia, ominous signs were viewed as divine insights and revelations; however, the actual future outcome could be changed based on human decision and action. This exhibition emphasizes that in contemporary society, the future can be similarly contingent and revocable.

PSYCHO GRAPHICS includes limited edition t-shirts and poster ephemera created with art director and designer Hassan Rahim. Linking to the idea of invisible energy throughout and within, the graphics of the shirt shift in color and visibility from the heat of the wearer. 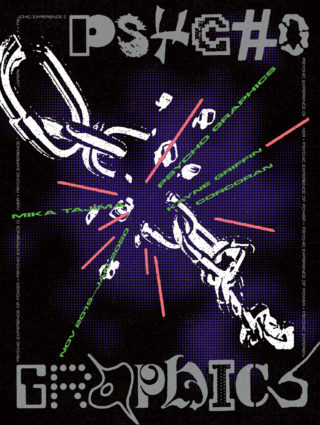 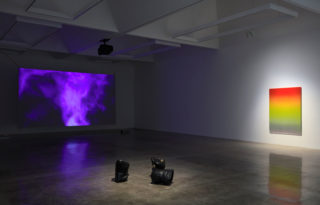 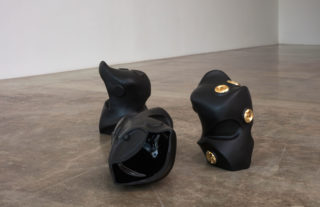 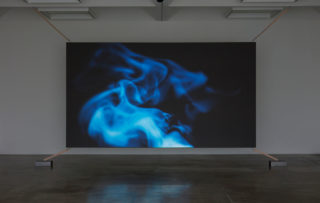 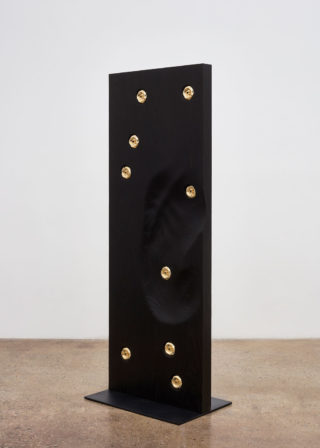 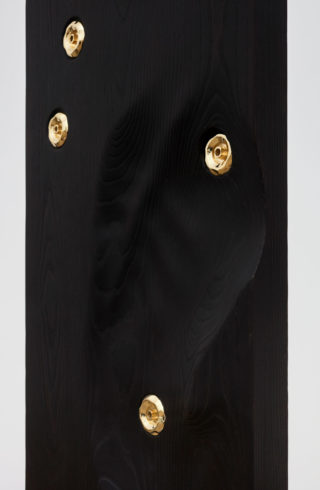 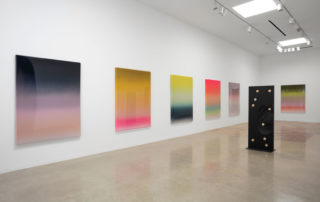 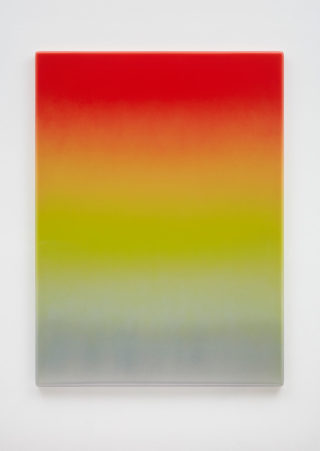 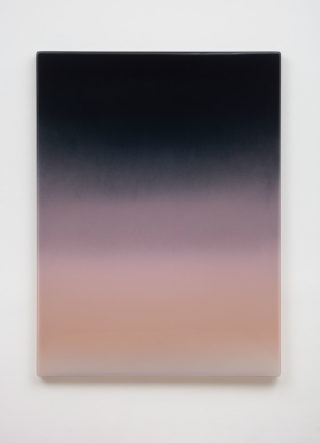 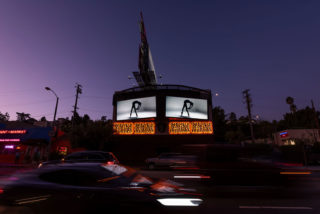 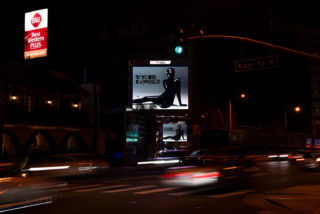 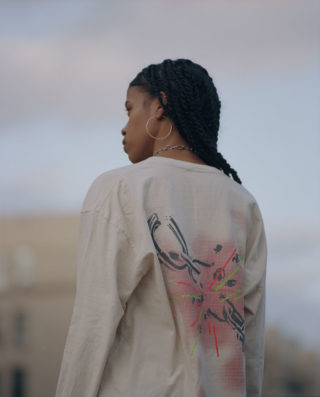