“TOUCHLESS” at TARO NASU (Tokyo) focuses on the bodily and psychic experience of power ― being a subject of contactless force from within and beyond. A body conditioned to react. A psyche that turns against itself. The exhibition renders this mode as a balance of control and submission, acceptance and refusal, restraint and freedom.

Mika Tajima extends her focus on how we are formed as subjects within an industrial and digital landscape to consider a life punctured by power. In “Touchless”, machine and body reflect the entanglement of control and agency.

The wood Pranayama sculptures perforated with chromed Jacuzzi jets are presented as artifacts―a product of rigid orthotic discipline and inner spiritual practice. The mask-like forms, derived from medical prosthetics and restraint devices used to modify the body, also appears to be a conduit for air. These works bring the imperative to reform the body by external means into relation with the spiritual practice of ‘opening’ the body through internal regulation. The control of breath (“prana”) in Ayurvedic practice is the regulation of individual life force.

Arranged in a diagram outlining body meridian points (internal energy pathways), Force Touch (Manu Dextra Sinistra), is a large-scale wall sculpture of embedded Jacuzzi jet nozzles emitting forced air ― an invisible force conditioning the space and making contact with the viewer. The work in this series relates to the eponymous technology for touch screens and trackpads that enable users to sense virtual processes occurring in a computer. Touch becomes an abstraction of prosthetic gestures and sensed body movements.

A psychological phantasmagoria occupies the inner recess of the gallery: mercurial smoke appears on a screen suspended by leather tension straps. Transforming shape and shifting color, the animated smoke is produced in real time using a computer game engine that transmutes information on human emotional states into an evolving image. Human Synth uses extractive technology that mines the current sentiment of a population and predicts future human expressions using a computer algorithm. Through psychographic analysis of social media in Tokyo in real time, the raw input of shared feelings and perceptions of individuals is used to image the future. The rise of such predictive technology in areas such as politics, the military, and e-commerce underlines how speculations of the future radically shape our perceptions, desires and decisions.

Human Synth invokes the pre-modern practice of capnomancy that used the movement and shape of ceremonial smoke to envision future action. As a product of predictive technology and collective emotional state, the smoke appears as an after image of the present ― the projection of a contingent future. 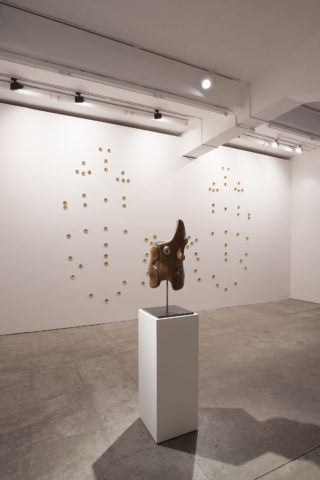 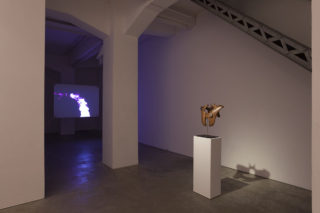 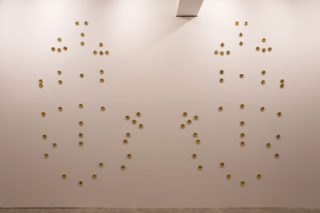 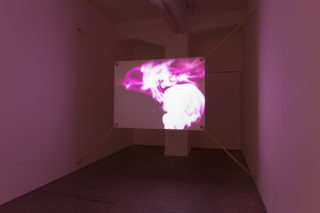 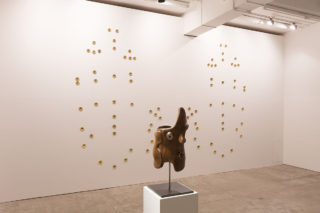 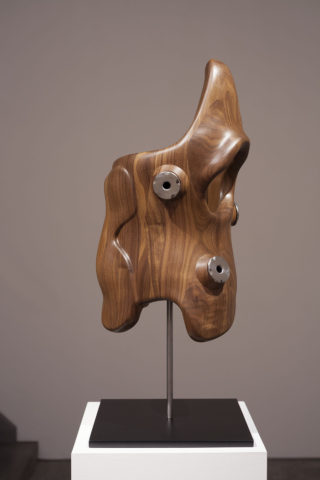 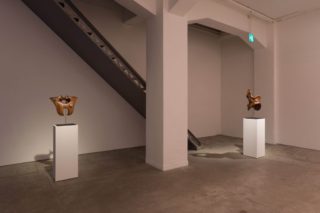 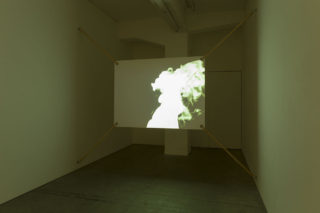 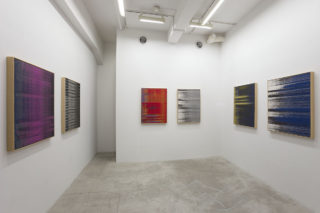