Outdoor installation on permanent display from May 15, 2022 onwards

To “Appear” means to become visible and to be perceived, or to be made clear by evidence. In the Eleventh Dazaifu Tenmangu Art Program, the latest installment in a series that began in 2006, Dazaifu Tenmangu exhibits the works of New York based artist Mika Tajima.

Born and raised in the United States to Japanese parents, Tajima’s works have examined themes such as the interplay between West and East and transitions and transmutations of matter, energy, and human spirit, from a global perspective. Visiting Dazaifu in 2019, she has created ten new works that reflect her updated knowledge of the shrine and Shinto, and her thinking on the cycles of Dazaifu Tenmangu’s history of more than 1100 years.

For the exhibition at Dazaifu Tenmangu, Tajima has created a series of site-specific works centered on materializing uncontainable natural and psychic energy. The works draw connections between the meditating human subject and the physics of material objects in relation to ideas of the “charged object”, “higher energy states”, “transitions”, and “substance”. Each of the art objects represent matter in changing physical states—they are absorbing and emitting energies of the physical and social world. These commissioned works reflect the artist’s continued investigation into the production and transmutation of matter, energy, and the human psyche – to contemplate new transformations and human freedom. Against technology’s imperative to scrape, extract and process all aspects of our daily life and energies, this body of work seeks new possibilities of agency—to be uncontainable, unscrapable and not yet knowable. Here, what is made visible is in constant transformation and fleeting.

The works will be sited in two spaces—indoor and outdoor—to underline the dynamic of containment and escape at play. Situated on the garden grounds will be a permanent installation comprised of Echo, a sculpture doubling as a sitting meditation platform, encircled by Narcissus (Dazaifu), an installation of blacklight-emitting sculptures. Employing an energy cycle, the meditation sculpture’s phosphorescent pigments are continuously recharged by solar energy and blacklight to emit its own glow, mirroring the excited energy states by the meditating subjects seated in the woods.

Within the Shrine museum, a quiet constellation of painting and sculptural objects materializes the spiritual and psychic activities specific to the context of Dazaifu Tenmangu. These objects act as abstract portraits, recording the daily light energy in the shrine, as in Tajima’s Art d’Ameublement paintings, or, as in Sense Object, encapsulating a year of human emotion into a crystal preserved for 1 billion years. A new series of Negative Entropy works depict audio recordings of prayers at the Honden that have been programmed into abstract patterns and woven on Jacquard looms, transmuting these ceremonies into textile.

These works contend with the elasticity of time where the past, present and future elide. The “material” of the psyche is subject to transformation in relation to the material world—from psychic abstraction to language to concrete object to image.

This program provides an opportunity to encounter a number of works created by Mika Tajima to visualize the energies of nature and the human spirit, as the fruits of her exploration, conversations, and lengthy contemplation on the shrine grounds. 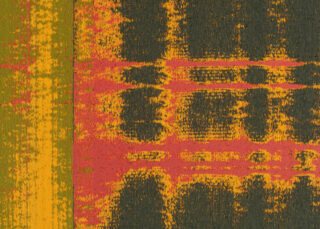 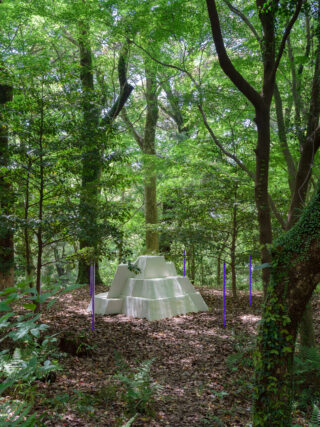 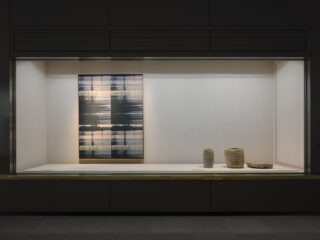 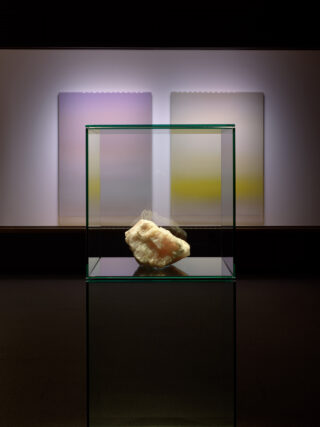 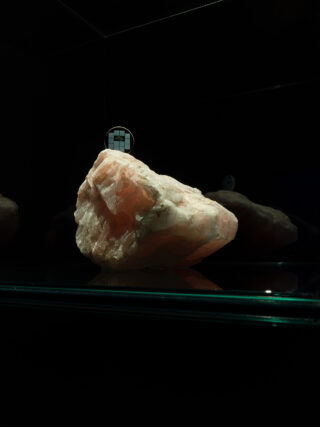 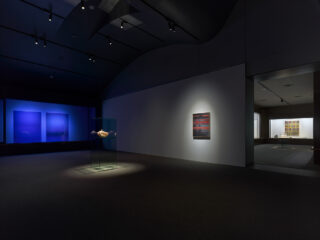 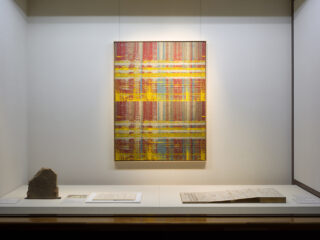 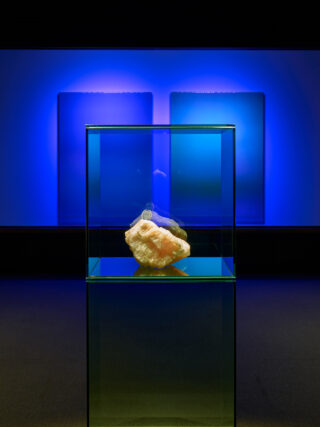 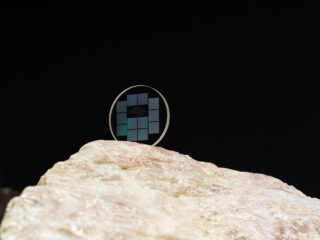 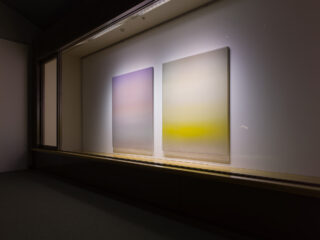 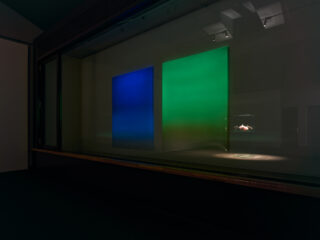 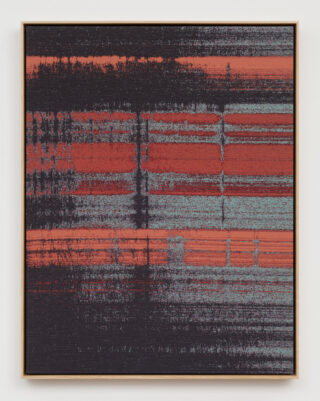 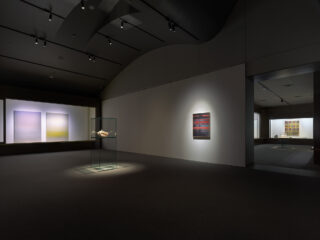 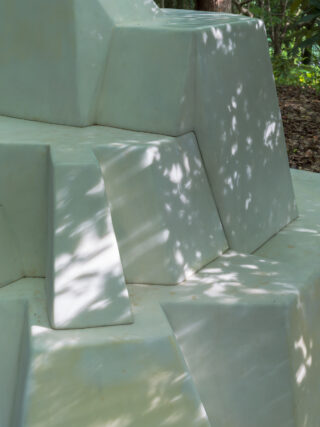 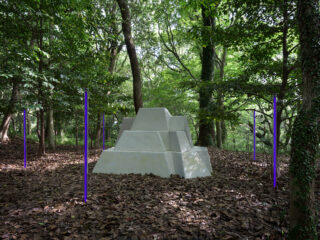 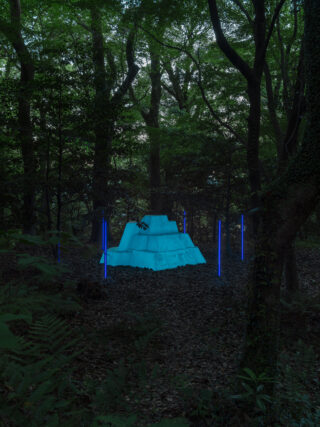 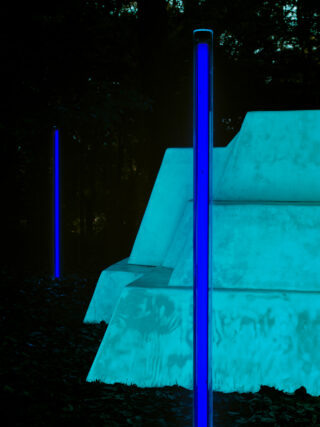 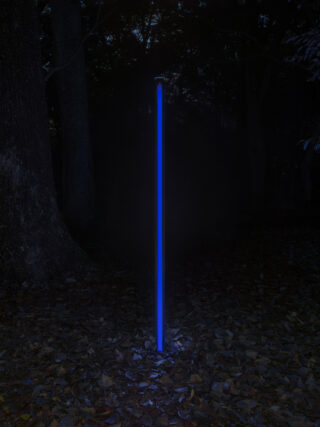