The exhibition space is divided by a phalanx of freestanding panels that merge aspects of sculpture, painting, and graphic design to form an obstructive wall of pattern and reflection. Referencing recent and historically significant built structures that form geopolitical borders and divisions, the modular panels also allude to the cubicle structures of the modern office environment, specifically Robert Propst’s “Action Office” designs commissioned by Herman Miller and launched in 1968. Considered at the time to be the optimal spatial configuration to foster office productivity as well as shape social interaction, this series was the first panel-based office furniture system in the world. Still in production, the “Action Office” was originally marketed for its ability to adapt to both the needs of the workplace and aesthetic changes in the future; however, to the lament of Propst, its legacy has become associated with alienation and rigid production roles.

Beyond this barrier, Tajima constructs a dynamic environment of leaning mirrored panels, embellished with silkscreened and laser-cut patterns, and a swinging, hanging lamp drawn from a scene in the film Performance. Casting extreme shadows and shards of reflected or projected light, the lamp activates the otherwise static elements in the installation and underscores their dual roles as either sculptural sites for potential actions or surrogates for absent performers themselves. 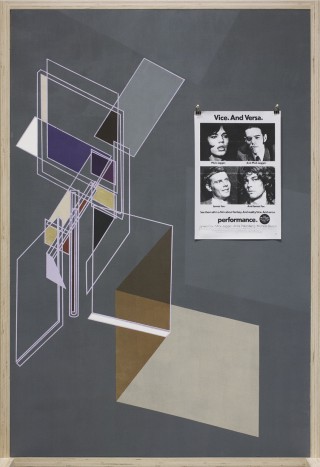 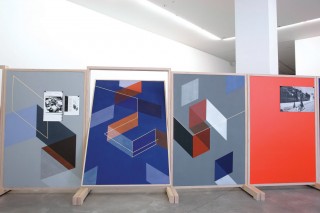 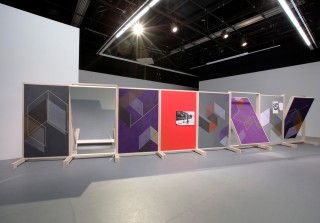 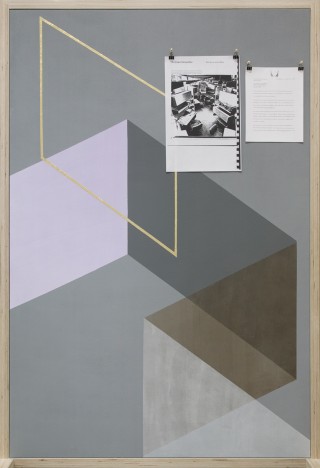